On Sunday 8th June I was very privileged to be part of the very first relay team to swim this season to commemorate the 70th Anniversary of D-Day.

Like the Allied Expeditionary Force (AEF) in 1944, the team was comprised of swimmers from the U.S., Great Britain and Canada who swam in this order:

I was the very first swimmer so at 4am I jumped off the boat at Shakespeare Beach and started my first leg of the swim in 13 degree water. It was freezing at first but I soon adapted and became used to the temperatures. After 5 – 10 mins I was really in my stride. The skies were clear and the sea was like a mill pond. We had the most glorious sun rise to the left and it seemed an absolutely perfect way to start the day. I had slept for a grand total of 1 hour the night before so was extremely tired at first but as soon as the body hits water of that temperature it is enough to wake anyone up instantly.

The hour I was in the water was very pleasant and as my hour came to an end it was time for swimmer 2 to enter the water in the form of Joe Hall. I had covered about 3.5km in my hour and Joe’s take over came as a welcome relief as I was starting to get a little chilly towards the end. I better get used to these temperatures for my North Channel solo swim in August as it should be a similar temperature.

Joe was swimming very strongly and did not seem at all affected by the cold. He had a powerful stroke and was swimming at a good speed. The sun was up by now so Joe did not need to wear glow sticks like I did. As his hour came to an end it was time for Bryan to take over, who being a solo channel swimmer as well found the temperature very pleasant. He too had a good strong stroke and we had by now covered around 10km after just 3 hours. The weather however had started to turn for Brian’s leg and as I slept soundly down in the hull I could hear torrential rain pounding the boat. Brian seemed fine though and was a credit to the team by swimming through the bad bit for us.

Hour 4 and it was James turn to take over. James and I met on a swim camp in Mallorca and he is swimming the North Channel the same week as me in August. We have very similar strokes and he did not disappoint. The bad weather had passed by now and we were starting to experience glorious sunshine.

John Boyd was next to swim. I also met John in Malloca and it was John who invited me to join the team in the first place. Being someone who loves to take every opportunity I instantly agreed without a second thought. I am pleased that I did as this was one of the best Channel Relays I have ever done. John does have a tendency to struggle with the cold (as he is not as fat as me!) and also with sea sickness so although he made great progress it was clear that he was struggling a bit. He was being very sick in the water and I could see the battles he was facing in his mind. He pushed through the pain though and completed his hour.

It was now time for the final transition where John Kulewicz took over. Another great swimmer but again John being leaner than some of us was struggling with the cold. You could not tell this at all whilst he was in the water as his swimming was consistent and strong but when he got out it was clear he was very cold. John pushed through and before I knew it, it was time for me to swim again.

I of course knew there was no choice so jumped straight in ready to start hour 7 of the swim. I have to say it was the most amazing swim I think I have ever done. The water had increased to 15 degrees and the sun was hot. So hot that I got burned. The real magic though was a curious porpoise and seal who followed me for my hour, and not a single jellyfish in sight. The water was clear and I could see massive ships the size of castle’s in the background as I ploughed through the water.

As my hour came to an end it was time for Joe to swim again followed by the other 4 swimmers. Gradually we could see France not as just a grey landmass but in perfect detail. I could see beaches and cars and soon even people moving around so we all knew we were super close now. 12 hours had passed and it became clear that I was going to need to swim one final time to get us into the beach. I dived in this time for my final leg and swam flat out for 8 minutes.

I hit France much sooner than I expected in my final swim. I knew I was there when I could feel my hands hitting the bottom of the ocean and catching sand in my fingers. I knew I must be at France now so stood up and waded out of the water.

We emerged on a beautiful sandy beach. A very different environment to Dover which is pebbly and cold. On my last solo channel swim in 2006 I arrived in pitch black at mid night on a sheer rock face so could not stand up or see anything. This was a very different experience and I could really sense that we were now in a different country. The rest of the team swam in to join me and together we basked in the sun and congratulated each other on an epic relay swim in very cold conditions.

It was an absolute honour to swim with these five great swimmers and to be part of the team to commemorate the 70th anniversary of D-Day.

There’s nothing we can do to match the bravery of those who crossed the Channel in June 1944, but we hope to help others remember their courage and sacrifice in this small way. The 70th anniversary of the crossing may be the last decennial occasion to enjoy the presence of those who made the 1944 crossing. As a team we stand in awe and hope to honour them as we completed our swim across these historic waters. 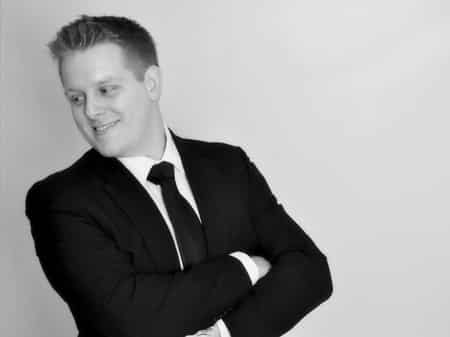 Ed is an accomplished public speaker and regularly performs at corporate and charity events as an after dinner speaker. 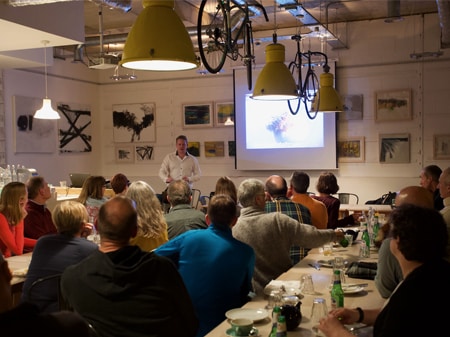 Ed is an accomplished public speaker and regularly speaks for companies to inspire their teams to work more effectively.

Ed tours schools across the region every week to speak with the children about the importance of having a dream and doing everything it takes to achieve it.

This website uses cookies so that we can provide you with the best user experience possible. Cookie information is stored in your browser and performs functions such as recognising you when you return to our website and helping our team to understand which sections of the website you find most interesting and useful.

Strictly Necessary Cookie should be enabled at all times so that we can save your preferences for cookie settings.

If you disable this cookie, we will not be able to save your preferences. This means that every time you visit this website you will need to enable or disable cookies again.

This website uses Google Analytics to collect anonymous information such as the number of visitors to the site, and the most popular pages.

Please enable Strictly Necessary Cookies first so that we can save your preferences!

Please enable Strictly Necessary Cookies first so that we can save your preferences!